Prescribed fire is a very important resource management tool that land managers at Hontoon Island State Park use to maintain the natural communities found on the island. Florida’s landscapes have adapted to be dependent on fire because of Florida’s frequent thunderstorms. These thunderstorms commonly led to wildfires caused by lightning strikes. 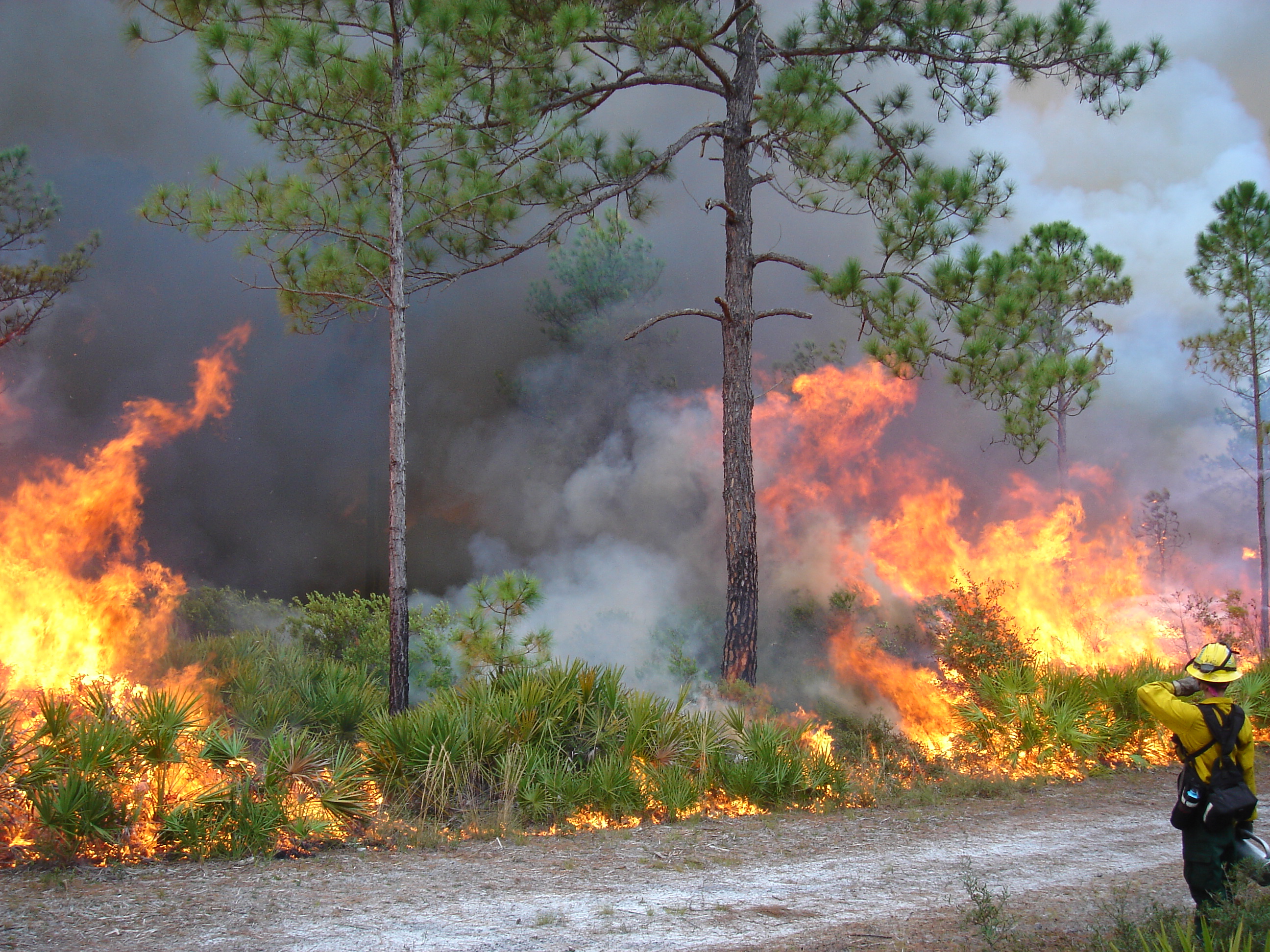 Throughout time, lightning strikes have played a crucial role in sparking the wildfires that shaped Florida ecosystems to adapt to fire.

However, due to population increase in Florida, the risk of wildfires endangering people and their communities has risen significantly.

The threat of wildfires harming human communities led to fire suppression for many years.

Fire suppression drastically changed Florida’s natural habitats, especially in the mesic flatwoods, as many of these communities are dependent on fire.

Therefore, prescribed fire allows land managers to mimic this natural process, but under more controlled circumstances than a wildfire.

There are many benefits to prescribed fire such as restore habitats to historic conditions, maintain ecosystem health, promote proper growth, maintain structure for listed species, prevent the spread of exotic species, and to reduce the risk of wildfires.

At Hontoon Island State Park, one of the natural communities that depends on periodic prescribed fire is mesic flatwoods. You will find the mesic flatwood habitat near the center of the Island dominated by saw palmetto and slash pine trees.

Mesic flatwoods relies on fire every two to four years to help increase the diversity of plant and animal species in its community. If it is not burned that often, shrubs will dominate and pine trees will not grow.

Many species rely on fire for survival such as for food source, maintenance of their shelter, and for their natural community to maintain its health.

At Hontoon Island, there are many resident species that depend on fire for their survival such as the gopher tortoise, eastern indigo snake, wiregrass and pine trees.

After a prescribed fire, the mesic flatwoods might look like a scorched and inhospitable wasteland, however, it is quite the opposite.

Prescribed fire also helps reduce the accumulated amount of debris and flammable materials such as pine needles, leaves, and shrubs which then decreases the severity of damage from a wildfire.

When you visit Hontoon Island State Park, take some time to explore the trails our island offers where you are likely to see burned habitat.

If you want to learn more about prescribed fire, come out to Hontoon Island State Park to see the natural resources and chat with the rangers!