The park's caves have a long and interesting geologic history beginning about 38 million years ago when sea levels were much higher and the southeastern coastal plain of the United States was submerged. Shells, coral and sediments gradually accumulated on the sea floor. As sea levels fell, these materials hardened into limestone. During the last million years, acidic groundwater dissolved crevices just below the surface creating cave passages large enough to walk through. Dazzling stalactites, stalagmites, flowstone and other fragile cave-drip formations were by a similar dissolving process by the naturally acidic rainwater. The park's bluffs, springs and caves are referred to as karst terrain, and the caves provide habitat for the blind cave crayfish, cave salamanders and three species of cave roosting bats.

The Caverns and The CCC

The land that comprises a large part of Florida Caverns State Park was acquired on October 11, 1935. Development began on the property before it was established as a state park. Work on the tour cave and structures within the park were completed by members of the Civilian Conservation Corps (CCC) and the Works Projects Administration. Both groups emerged from President Roosevelt's New Deal, established in 1933 to provide jobs to men during the Great Depression. Tireless hours of work went into the development of the park, which included many aspects beyond the cave. Progress continued on the park until 1942, when the United States joined World War II and funding was cut to the CCC and Works Progress Administration programs. Florida Caverns State Park was officially opened to the public in 1942 and the men who helped develop this park unquestionably left their mark. A walk around the 1,300-acre park reveals the remnants of a fish hatchery, a beautiful Visitor Center that houses the gift shop and museum, a 9-hole golf course and much more. 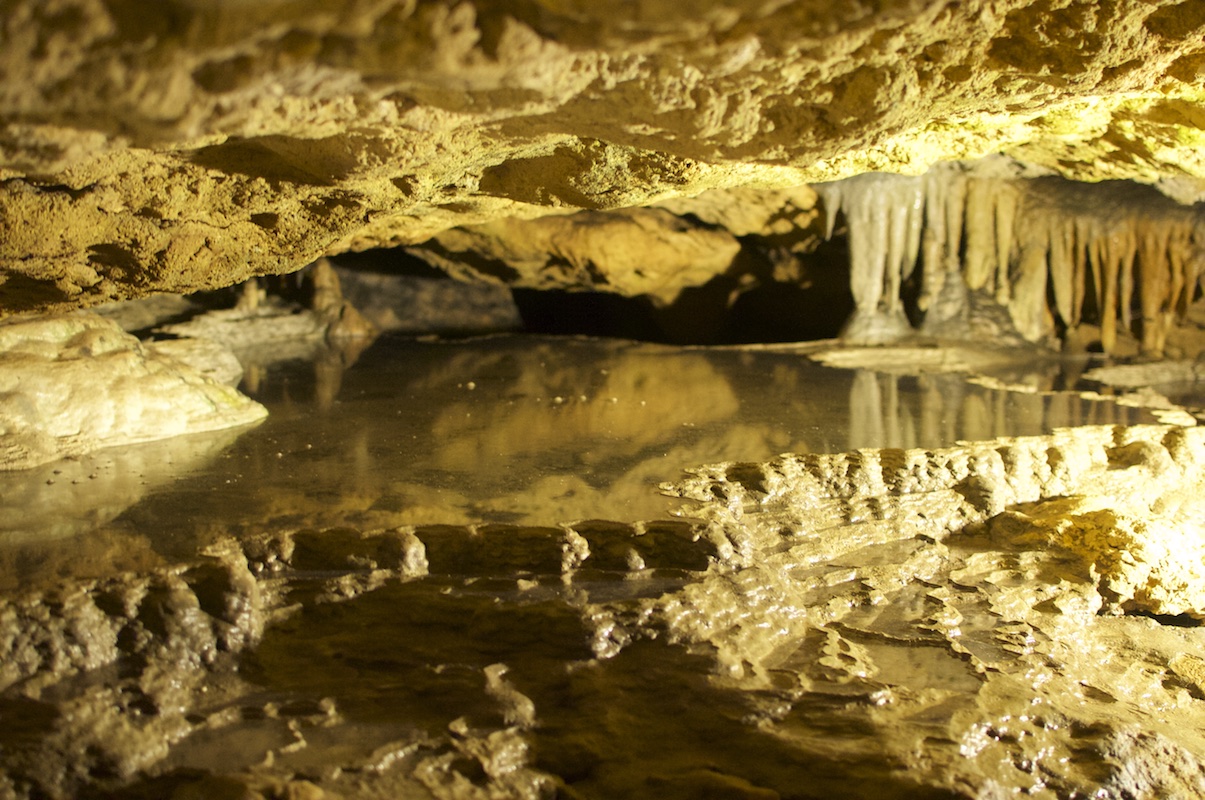 Natural Resource Management needs at Florida Caverns are more than plentiful. The area is home to rare plants and animals that thrive only within the natural communities found in the park boundaries. These natural communities include bluffs, upland glades, upland hardwood forests, upland pines, floodplains, alluvial streams and spring-run streams. The special natural features of this park are related to the karst topography characteristic of the Marianna Lowlands. These features include sinkholes, deep and beautiful blue springs, cliffs, bluffs, outcroppings and a large assemblage of spectacularly decorated limestone caves. Along with the thriving natural flora and fauna come the threats of exotic species that require ongoing efforts to control. Exotics can be plants and animals that are not native to the area and were brought in by people usually to use as decoration or to keep as pets.