Starting Friday, July 3, to protect the safety of staff and guests, some Florida State Parks will be closed to visitors or have altered day-use restrictions. These closures are in line with county ordinances.

Mesic flatwoods are one of the most prominent natural communities at Colt Creek State Park. This community is characterized by an open canopy of longleaf or slash pine and a dense, low ground layer of low shrubs, grasses and forbes, such as saw palmetto, gallberry and wiregrass.

The flatwoods occur on relatively flat to gently sloping soils in a mosaic of habitats that is co-dominated by numerous dome swamps. Widespread limestone outcroppings are an unusual feature of the flatwoods, especially in proximity to the Withlacoochee River. Due to these factors, water can saturate the sandy surface soils for extended periods during the wet season but lengthy droughts also commonly occur during the dry season. 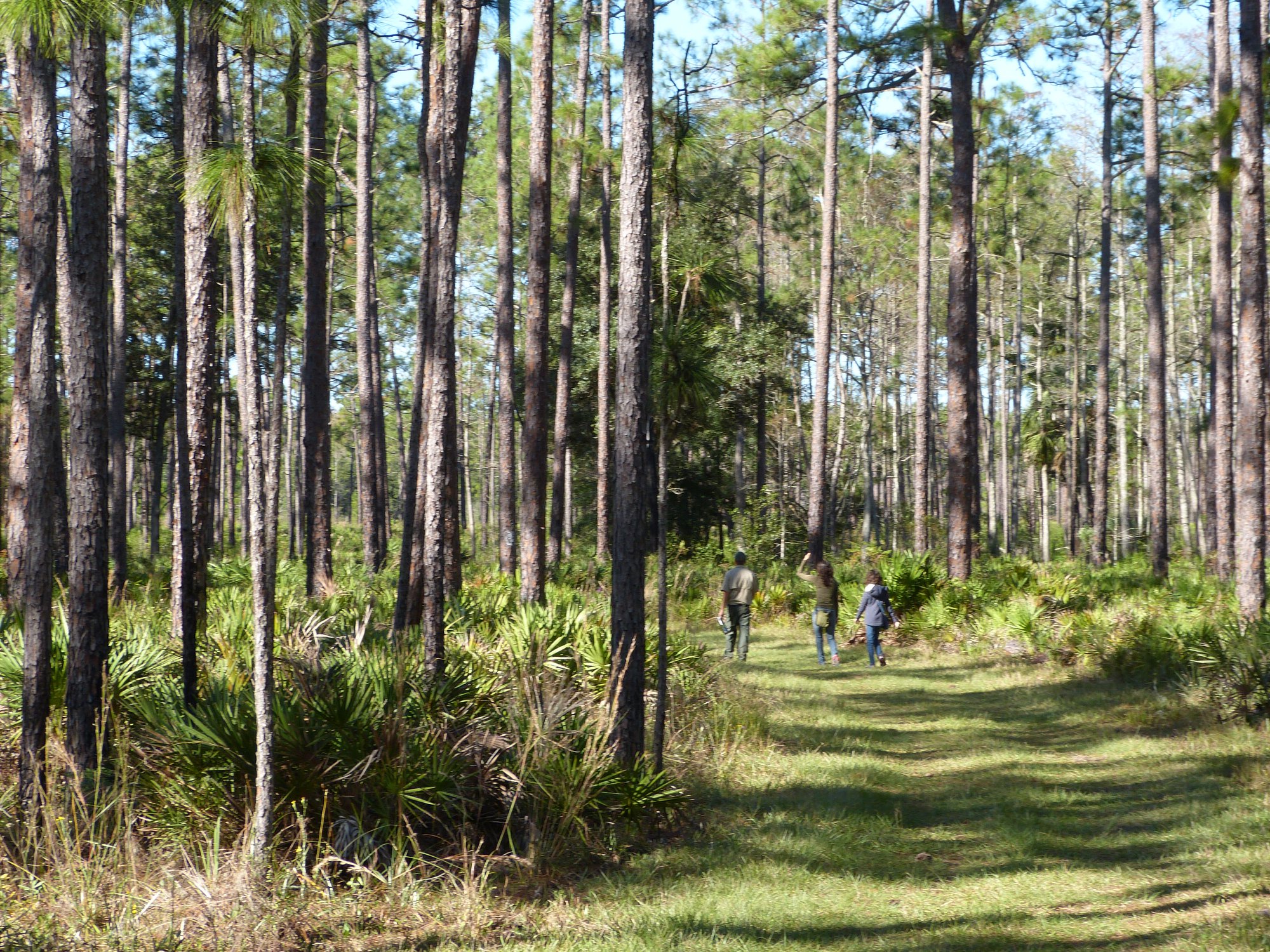 Although a large portion of the original flatwoods were converted to pasture or pine plantation, mined or heavily impacted by altered fire regimes, some areas have been well managed with fire. These higher quality flatwoods, located largely in the northern half of the park, are the pristine natural resource on the property.

The objectives of prescribed burning are to create conditions most natural for a particular community and to maintain ecological diversity. Prescribed fire creates native critical habitat for plants and animals, suppress the severity of wildfire, and restore the land to its historic conditions. Fire is also used to slow the spread of invasive species that disrupt and out-compete native plants.

Florida’s frequent thunderstorms commonly led to wildfires caused by lightning strikes. These fires were originally suppressed due to safety concerns for the state’s growing population. However, fire suppression drastically changed Florida’s natural habitats, especially in the mesic flatwoods, as many of these communities are actually dependent on fire.

Mesic flatwoods are now burned every two to four years to maintain their community structure. Ideally these fires occur in the growing season (April - July) to stimulate seed production and reduce hardwood density.

Other areas of the park with little to no fire history require winter burns to reduce fuels before they will safely burn or benefit ecologically from a growing season burn. These areas occur mostly in the southern portion of the park. Because prescribed burning is not always possible due to factors such as urban interface and weather conditions, some areas require other restoration techniques, like mechanical or herbicide treatments, to restore the fire return interval of two to four years.

The park has conducted roller chopping and mowing projects to reduce both fuel heights and saw palmetto density. Hardwood removal has mainly targeted oak trees and continues in many areas of the park. There are also ongoing efforts to remove invasive species that occur throughout the park, including cogon grass, Caesar’s weed and two species of climbing fern.