Artifacts have been uncovered in the course of multiple excavation studies of the burial mounds located at Lake Jackson Archaeological State Park since the mid-20th century. Perhaps the most notable of these endeavors was the salvage operation undertaken by Calvin Jones in 1975-1976 prior to the demolition of mound three by the landowner at that time.

Facing time and logistical constraints, Jones was able to recover an impressive array of artifacts and human remains from inside the mound primarily arising from habitations and burials of high status individuals over time. Jones’ work provided valuable information about the people, political structure, trade networks, artistic influences and other cultural attributes of the mound builders and highlighted the regional importance of the site. 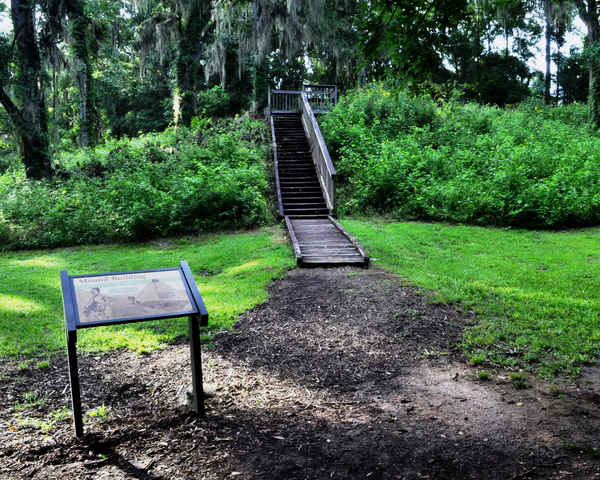 From the “mortuary temple” feature that is mound three, the remains of 12 structures and about two dozen burials were uncovered. Artifacts obtained included burial objects composed of copper, lead, mica, steatite and other materials.

Other excavation projects for research purposes or for archaeological surveys prior to various construction projects have unearthed a variety of pottery shards, shells, vegetative remnants and flint fragments. These artifacts are considered to be the property of the Division of Historic Resources, which houses these objects in a storage facility.