The territory of Florida joined the Union as the 27th state in 1845. Florida’s economy was thriving on a trade in agriculture, livestock and other goods, aided by railroads and rivers like the St. Johns that helped convey supplies throughout the state.

At the outbreak of hostilities that marked the start of the Civil War in 1861, Florida joined the Confederacy with other southern states. General Robert E. Lee, hoping to protect vital supply areas in the state, ordered the construction of defenses along the coast and inland waterways, including the earthworks (mounded dirt used for defensive fighting) found at Yellow Bluff Fort Historic State Park. 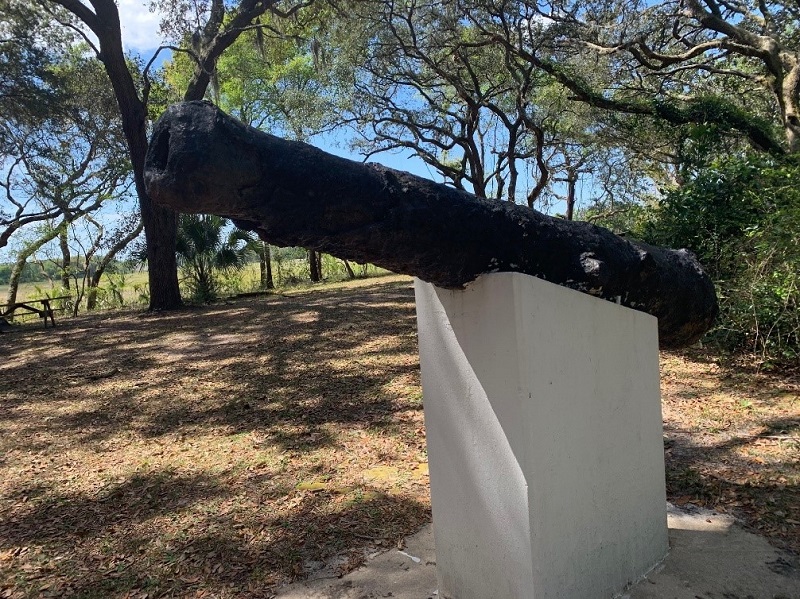 These types of defenses were commonly used throughout the Civil War period, generally because they were so quick and relatively inexpensive to construct. Fortifications consisted of triangular earthen works, dug to provide protection for the guns.

The little physical evidence of Yellow Bluff Fort that exists today includes an extensive trench system within the boundaries of the state park. The trenches are often at least 10 feet deep and in places are 15 feet wide. The T-shaped mound defended a vital area, as the St. Johns River was a particularly important waterway for military troops and artillery, and its protection was given top priority.

However, by early 1862, just over a year after the onset of the Civil War, Union troops had captured the cities of Fernandina and St. Augustine and would end up taking Jacksonville in March of that same year.

The threat of Union troops approaching the city spurred the Confederate forces to withdraw from Yellow Bluff temporarily into the city of Jacksonville, before returning to fight several battles with the Union troops up and down the coast for the next couple of years.

In October of 1862, Confederate troops abandoned the fort after a period of heavy bombardment, leaving a position of considerable strength and excellent supplies in Union hands.

In February 1864, Union forces received orders to build a communications tower “on the blockhouse” at Yellow Bluff Fort. The 110-foot tower, which was among several that the Union forces used to relay communications throughout the area, seems to have remained active until the end of the war.

After the end of the war, the fort site was abandoned and faded from public attention until the land was donated in 1950 to become a state park. It was recognized on the U.S. National Register of Historic Places in 1970.

Today, sitting on a small hill overlooking Jacksonville and the St. Johns River, the park is a quiet place of reflection, a place to ponder the period of history in which a nation fought to reconcile its ideals in a bloody conflict.