History of the Timucuan

Nearly 1,000 years ago, the area now known as Tomoka State Park was inhabited by the Timucuan Native Americans in the village of Nocoroco. Spanish explorers led by Alvaro Mexia encountered the village in the early 1600s. The explorers wrote that the Timucuan were “giants covered in many tattoos,” noting their tall stature and distinctive body markings.

The village was located along the river, making it a prime spot for fishing, the Timucuan’s main source of food. While Norocoro was a notable village, the Timucuan spread throughout northeast and central Florida, making them the largest Native American group in the area. The tribe itself was made up of over 30 chiefdoms, speaking several different dialects of the Timucuan language.

The area has a notable natural community, with a hammock consisting of large live oak trees covered in Spanish moss. The nearby salt marsh is home to a variety of animals and plants, many of which were a part of the Timucuan diet. In fact, mounds of oyster and snail shells can be seen along the shore of the river. These shells are the last remaining artifacts of Nocoroco, with the entire Timucuan tribe being wiped out by warfare with English colonists in the 19th century.

In 1973 Tomoka State Park was added to the U.S. National Register of Historic Places. The memory of the Timucua is commemorated by a large statue in the park called the “Legend of Tomokie.” It depicts Chief Tomokie defending the area atop of a wall surrounded by warriors and is a reminder of the people who lived here for thousands of years. 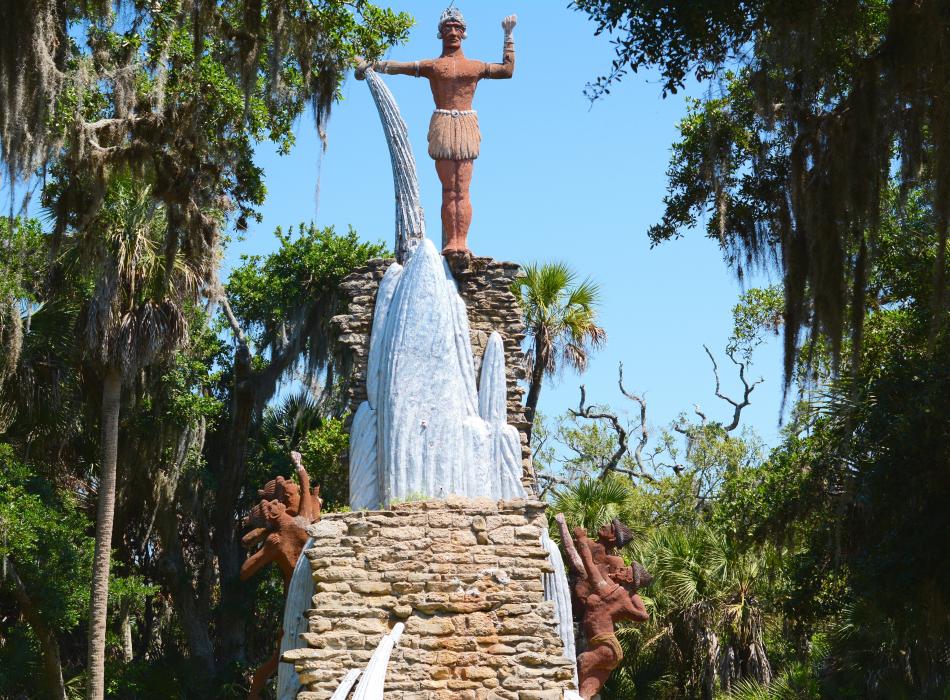