Although Camp Helen State Park is a rather young state park having opened to the public in 1997, the land is not. There are endless amounts of history to discover and learn. The park has nine buildings on the National Register of Historic Places, including the Lodge and Rainbow Cottages.

Robert Hicks bought the land in 1928. He began construction of a summer home for his wife and daughter in 1931.

His wife, Margaret Hicks, named the home Loch Lomond, now known as the Lodge. When Mr. Hicks died in 1932, Mrs. Hicks was forced to finish the Lodge herself. 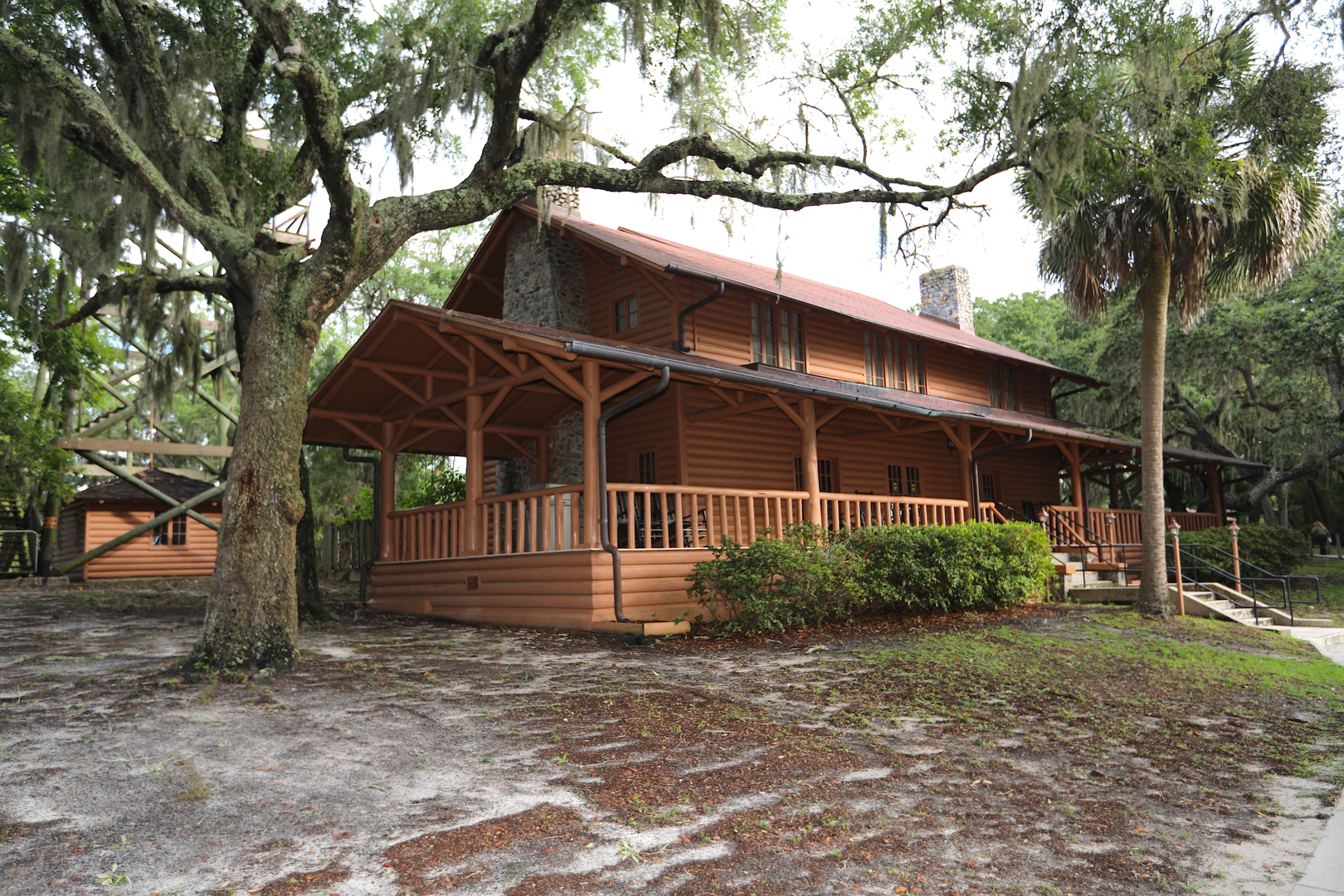 The Lodge’s well-built structure is full of many exceptional resources, including log beams from South America and granite off ship ballasts once sailing from Spain.

Among its many interesting features are an indoor balcony and a basement – a very unusual element for most Florida homes.

When Mr. Hicks passed, Mrs. Hicks was faced with the hardships of the Great Depression. To help supply income to her family, she built and opened the Rainbow Cottages to vacationers. Each small, colorful cottage had paving tiles that matched, slept two to four people, and was equipped with a kitchen and a bathroom.

Today, the Lodge and Rainbow Cottages welcome visitors as part of Camp Helen State Park. These buildings are two of the focal points at the park and preserve a slice of history.