Historic Gardens and Court of States

In 1933, Palatka, like most other communities in the United States, was suffering from the Great Depression. Local paving contractor Thomas Byrd Gillespie saw what he described as a “prosperous community transformed by a depression into a section having many actually hungry and in dire distress.” He recognized that tourism was becoming an important economic force in Florida, noting that that several parts of Florida were attracting hundreds of visitors where they “had something worthwhile for them to stop and see.” Out of this observation, the concept of Ravine Gardens was formed. The gardens were officially opened on July 4, 1933. At the time over 270,000 plants were planted in the formal gardens and along the slopes of the ravines.

Today the park is a combination of formal and natural gardens. While the ravine system has been allowed to revert to a more natural state, five acres of formal gardens still exist. Visitors can explore stone terraces and view water features, fountains and historic garden beds. The Court of State provides a stunning frame to the 60-foot obelisk dedicated to Franklin D. Roosevelt. On holiday weekends, the park displays among the stone and wood pillars the flags of the 48 states that were in the Union when the park was established. 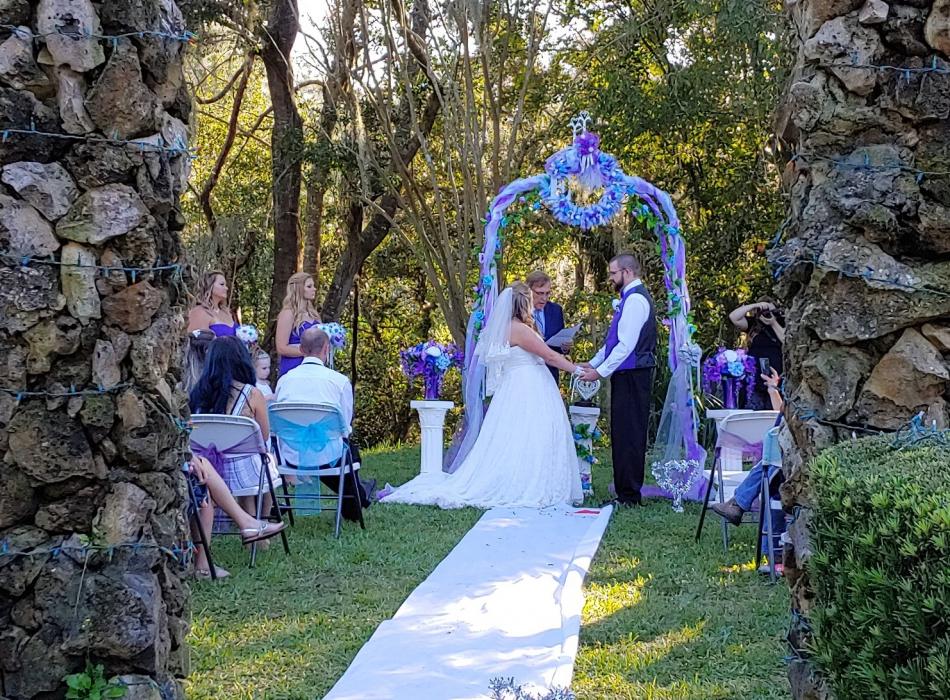 The picturesque grounds of the formal gardens and Court of States are often host to weddings and other special events. There are several locations throughout the gardens that offer a perfect setting for a wedding. For information on wedding rentals, please contact the park office at 386-329-3721.