Ecology of the Indian River Lagoon

The preserve is located on the barrier island in South Melbourne Beach and protects the watershed of the Indian River Lagoon.

Considered one of the most biologically diverse estuaries in North America, the lagoon has been designated an Outstanding Florida Water and an Estuary of National Significance.

Though called “the river” by locals, the Indian River is not a river at all, but more precisely, an estuary and a lagoon.  It is a place where saltwater (from the ocean) and freshwater (from the mainland) mix together to form brackish water.

The Indian River Lagoon is the body of water wedged between the barrier islands of Florida’s eastern coast and its mainland.

On any given day, the Indian River may flow north.  The next day it may flow south, and another day it might be completely stagnant and not flow at all.  That is because it is affected by winds, which vary the lagoon’s direction of flow.  A true river flows a single direction. 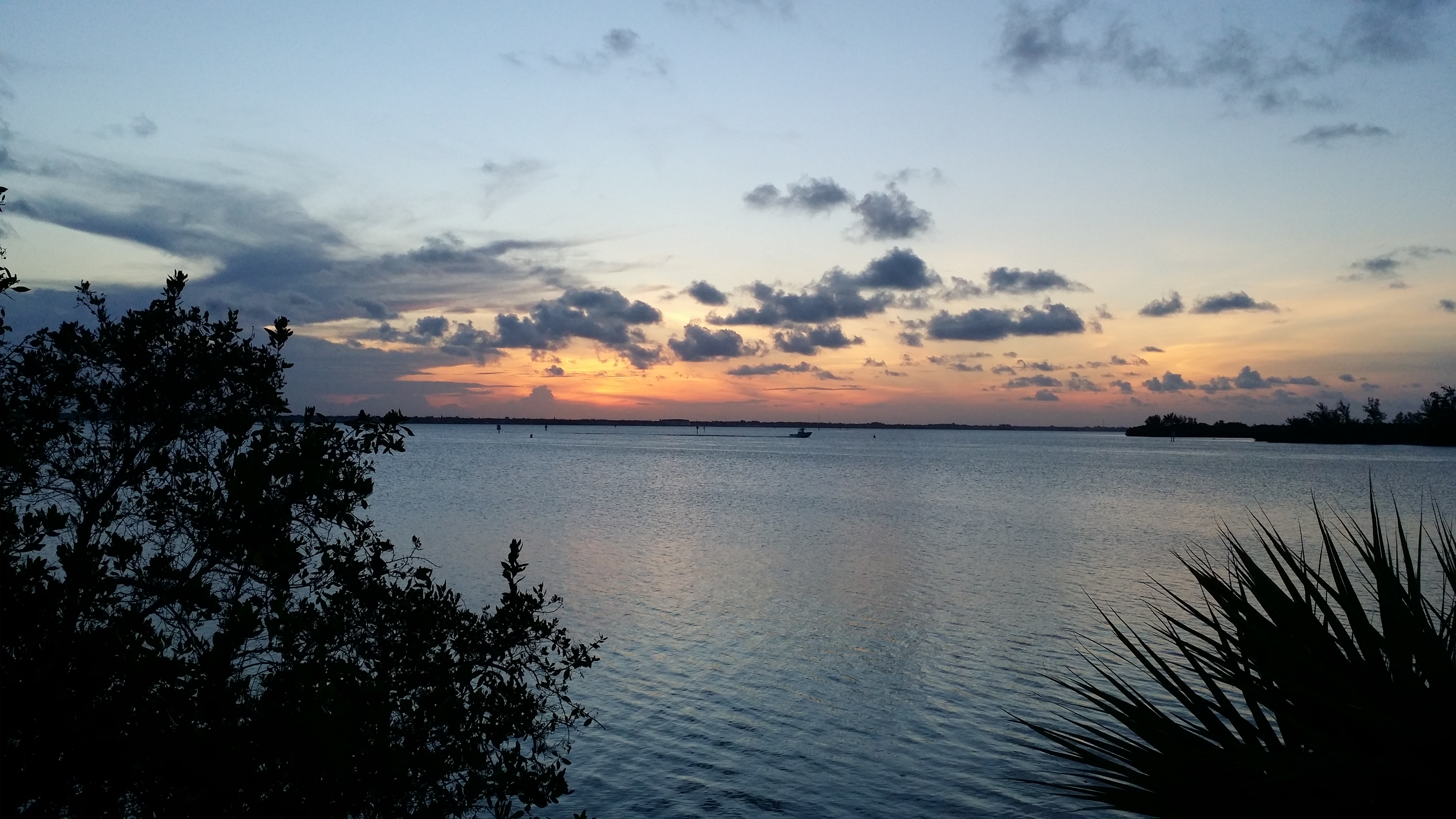 The lagoon has been called “the cradle of the ocean” acting as a refuge for countless species.  It serves as a spawning and nursery ground for many of the fish species that can be found just offshore Florida’s coast.

The lagoon’s less-saline water acts as a protective barrier for the young fish, crabs and shrimp.  This gives them an opportunity to grow up in the verdant grasses and mangrove shorelines, free from some predators, before reaching maturity and moving back out to the ocean.

Juvenile loggerhead, green, and leatherback sea turtles can be found in the Indian River Lagoon seeking for food and protection. A critically endangered hawksbill sea turtle was found in the lagoon in May 2019 pictured on the right.

The Indian River Lagoon is also a great place for birding where you will see a diverse amount of birds, bring your binoculars because depending on the time of year you might see something interesting!

The Indian River Lagoon is also important to humans.  It provides boundless aesthetic and recreational opportunities to those who enjoy time outdoors.

It is responsible for one-seventh of the region’s economy. The overall economic value of the lagoon was estimated at $7.6 billion in 2014. Lagoon fisheries generate an estimated $30 million in revenues annually and the lagoon provides approximately 50 percent of the annual fish harvest along the east coast of Florida.

People from all over the world travel to be able to recreate and enjoy the ecotourism experiences that the Indian River Lagoon has to offer!

The biodiversity found in the Indian River Lagoon is truly unmatched and this gem is a testament of ...the Real Florida.