By 1933, Palatka, like most other communities in the United States, was in the midst of the Great Depression. Local paving contractor, Thomas Byrd Gillespie saw a “prosperous community transformed by a depression into a section having many actually hungry and in dire distress.” At this time, Gillespie was a member of a three-person county committee appointed by the governor to use federal relief money for public works employment. He saw the potential in developing the ravines into a garden that he thought would create a nationally recognized tourist attraction and benefit the community financially.

Using his own funds, Gillespie paid landscape architect Richard Forester to develop a landscape plan for the gardens at the ravines. Azaleas were chosen as the theme flower of the gardens because of their brilliant beauty as they bloom during what was considered tourist season from December to May. Once the plans were complete, Gillespie went to the city of Palatka with his idea and it was reported that the plan for the ravines was enthusiastically received and the project proceeded.

By January of 1934, Forester was reporting that there would be 95,000 azaleas in the gardens by the end of the project. At one point it was claimed that Ravine Gardens had the largest single collection of azaleas in the world. It is believed that the gardens in 1934 included 64 of the known 72 varieties with shades ranging from a pure white to a deep crimson.

Today the vegetation in Ravine Gardens State Park is a mix of native species and ornamentals. The park grounds still preserve hundreds of the original azaleas planted by Forester and Gillespie. Surveys are currently being conducted to identify the different species that remain in the park. To date, up to 14 different varieties have been identified. Large spans of unmanicured azaleas can be found spread along trails and ravine sides, creating a spectacular display of blooms each year.

The bloom season for the azaleas ranges from late December to early March. The bloom time is largely dependent on the weather. When the area has a warm winter, the blooms can start as early as December. However, when the area has cold winter with several freezes, the blooms may not start until late February early March. Typically, February is the best time to see the azalea blooms. 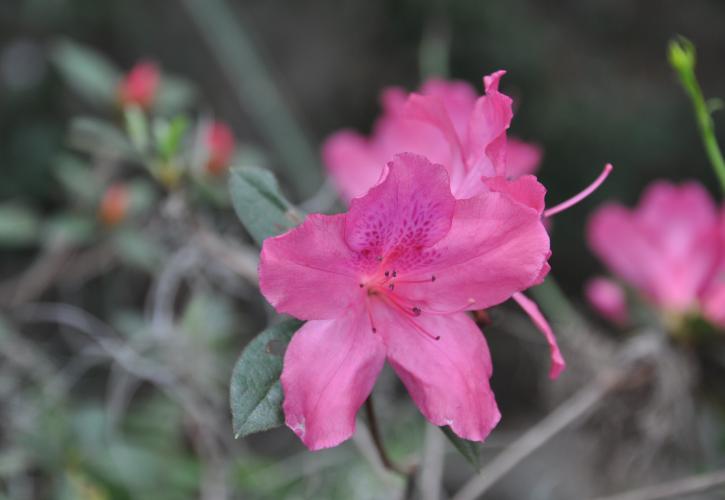 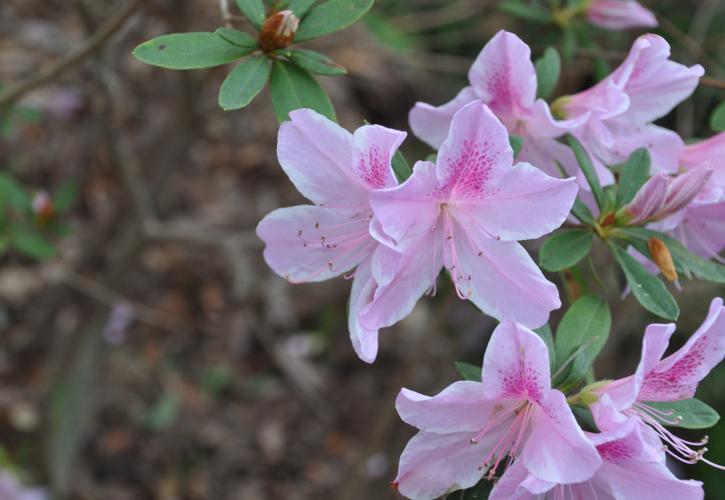 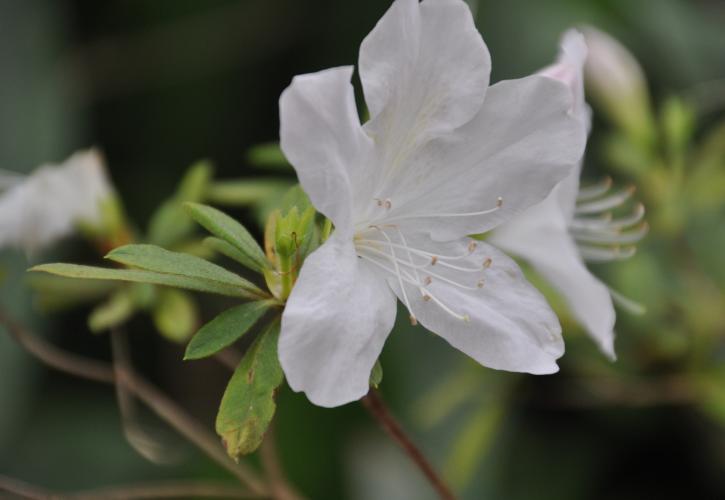 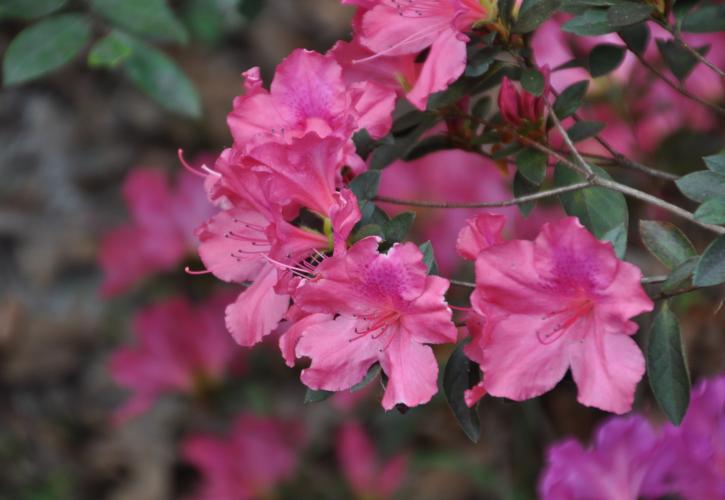 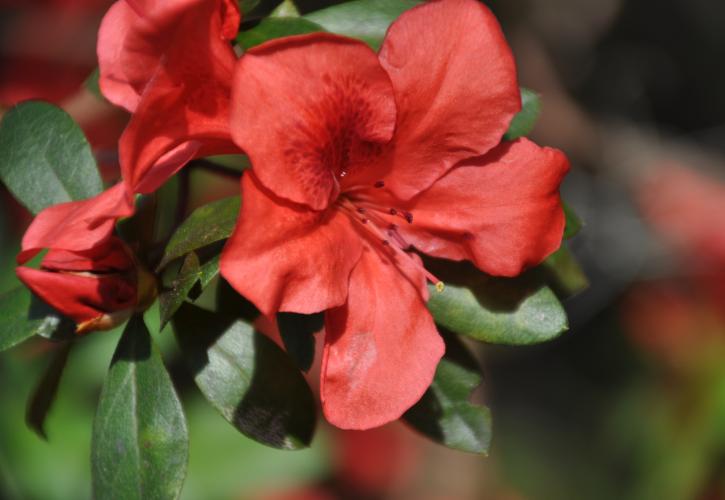 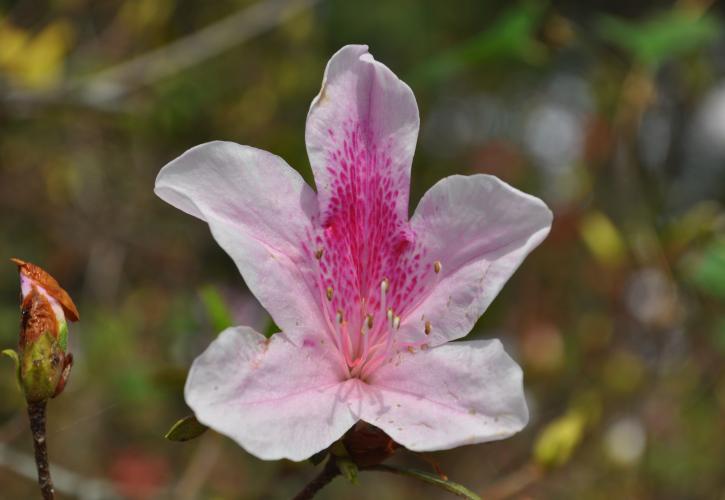 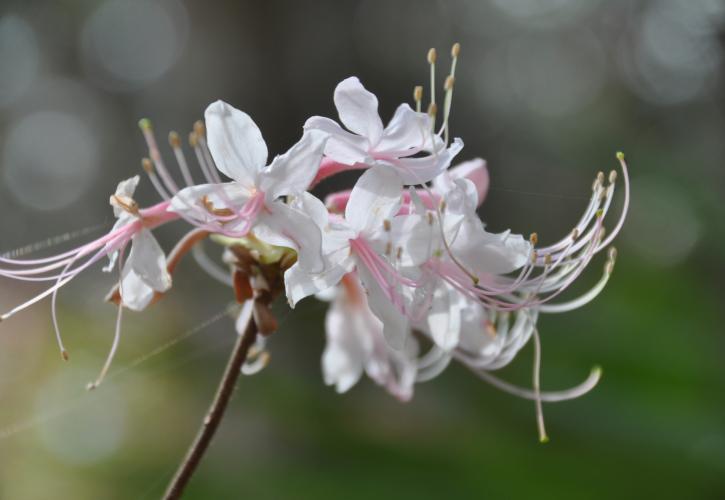 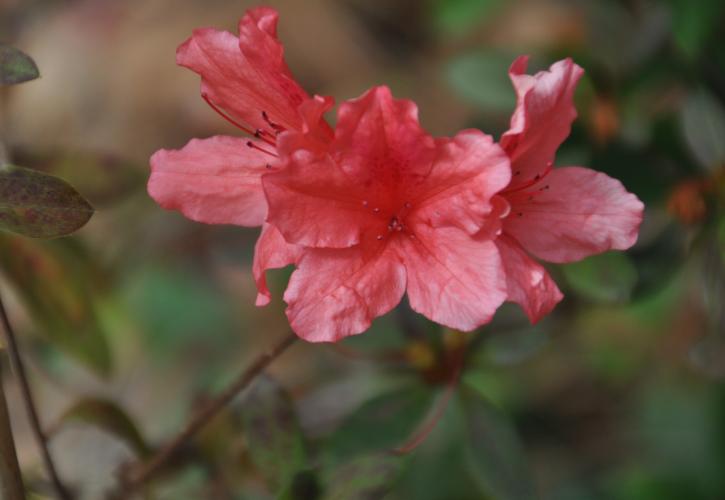