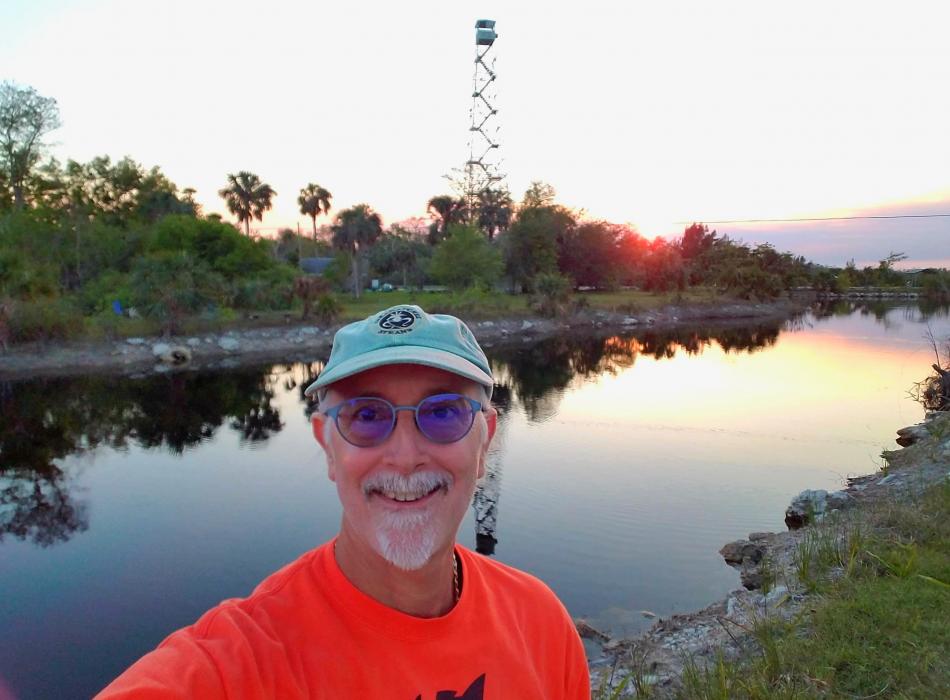 Dino Barone is a south Florida native, who has always been drawn to the outdoors. Whether it is playing golf, fishing, snorkeling out on the reefs, or just taking his bike out for a ride, he just loves the feeling of being outside. Inspired by his love of the outdoors and a desire to give back to the community, Dino sought out an environment where he could feed both interests. He found such a place at Fakahatchee Strand Preserve State Park.

On most weekends you can find Dino doing various resource management based projects around the park. One of his main responsibilities is leading the volunteer work day group doing a variety of tasks such as clearing the trails of the invasive Brazilian Pepper, re-establishing fire lines for prescribed burns or paddling down the river clearing the mangrove tunnels. Whatever he does, his goal is centered around enhancing the park experience for the guests.

Dino believes that the most rewarding part about volunteering is the fact that you never know what you are going to see. On one day you may cross paths with a Florida panther, the next you may stumble across an artifact during a hike. If you look up towards the tree tops, you may see an owl flying through the cypress trees. Whatever nature presents, Dino appreciates its complex and magnificent displays.

Dino says he’s lucky to work with a team that understands the impact of what they are doing. With every task they complete the are making a notable difference for the park and those who come to enjoy it. At Fakahatchee, he can let his enthusiasm and passion shine bright as he works to preserve and protect this wonderful park.