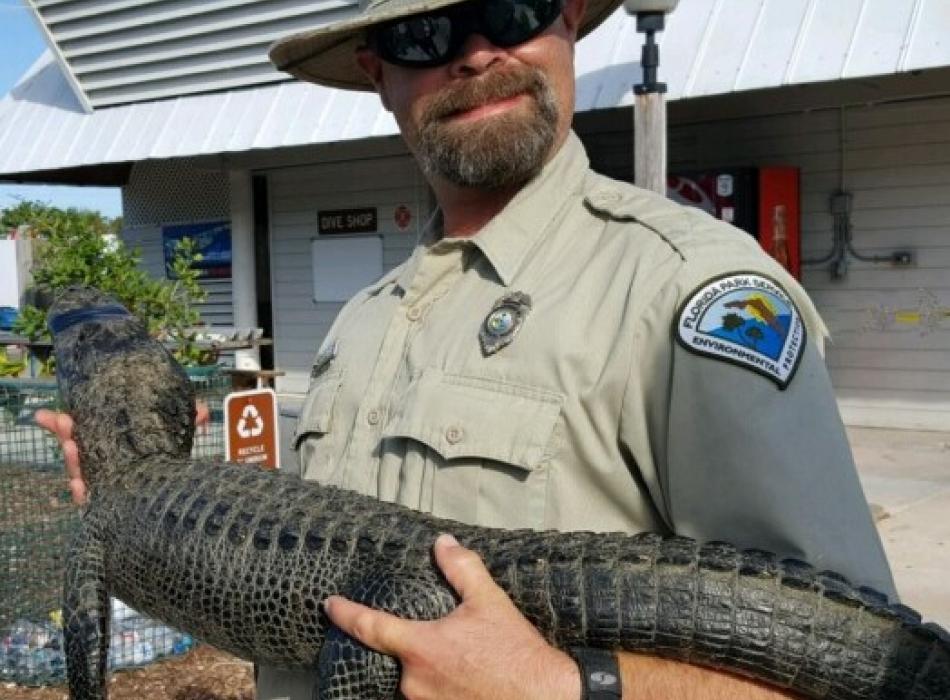 What brought Mathew “Shep” Shepard to Florida was the warm weather, but what keeps him here is the gorgeous outdoors. As a child, he spent his free time camping, fishing, hunting and hiking. He says that his father often took him out on adventures to lakes and streams, which fostered a love for the water. Pursuing his passion for the water as an adult, Shep became a Master Diver in 2005.

After retiring from the Air Force, Shep sought out job opportunities that would allow him to work outside as well as use his diving abilities. He found this opportunity in 2016 at John Pennekamp Coral Reef State Park. His official position is as a park ranger and Shep considers himself a jack of all trades, helping wherever he can in the park. You can most often find him assisting guests, patrolling the park grounds for litter or repairing facilities. His experience with electronics and technology makes him a go-to person for any computer or AV equipment needs. As a member of the buoy maintenance team, you can also find him maintaining the water areas of the park.

Shep’s favorite thing about Pennekamp is the coral reef. He says that the best time to see the reef is during the summer and autumn months because the winds are calmer. He loves to scuba dive throughout the reef system, as well as swim around the mangroves from the beach.

Shep’s main goal after retiring from the military was to find a job that he loved to do. When asked what inspired him to keep coming back to the park he says, “This is where I live; that, and I love being outdoors. The fact that I work at a park that has a barrier reef within its boundaries is an extra bonus to a diver like me.”