Our main priority is the safety of our guests and staff. We will continue to review operations on a daily basis and make additional operational changes as may be deemed necessary for protection of public health. 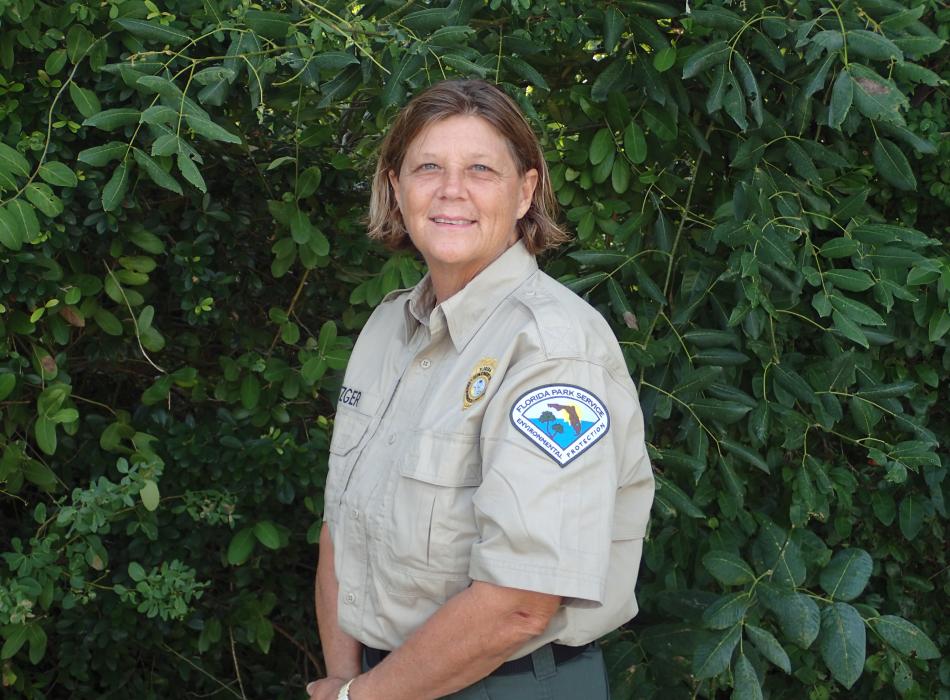 Kim is a native Floridian who was raised in a commercial fishing family in Port Salerno, and she has been fishing, boating and enjoying the natural resources of Florida all her life. After high school, Kim enlisted in the U.S. Army and worked as a watercraft operator and spent time as a military police officer and combat engineer. After her military service, she joined the Florida Marine Patrol as an officer for eight years.

Kim was led to become a ranger because of her love of the outdoors and her desire to be a part of protecting and preserving Florida’s natural and cultural resources. One of Kim’s strengths is her ability to fix anything, and she has been nicknamed MacGyver by her co-workers for her creativity in problem-solving. Kim takes great pride in beautifying the parks and is always working on maintenance projects that will better serve park visitors.

Kim's favorite part of her job is living and working on Lignumvitae Key and boating to and from the office every day surrounded by the beautiful turquoise water and abundant wildlife. Kim also loves interacting with park visitors. She enjoys explaining the unique history of parks as well as sharing the beauty of the parks.

Outside of work, Kim enjoys being on the road. She spent almost two years traveling the nation in a RV visiting places like the Grand Canyon, Mount Rushmore and Niagara Falls. Closer to home, she spends her free time snorkeling, fishing and exploring the backwaters of the Keys.